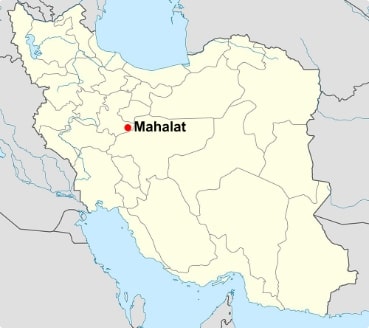 Mahallat is an Iranian city located in the southeast of Markazi province. It is located at the southwest of Tehran, about 262 kilometers away. The city is surrounded by Qom and Ashtian northward, Isfahan and Golpayegan southward, Khomein and Arak westward, and Dellijan eastward. Because of its flowers Mahallat is nicknamed “Netherland of Iran” and “The Fairy paradise”. It is the Iran’s major flower-producer city. 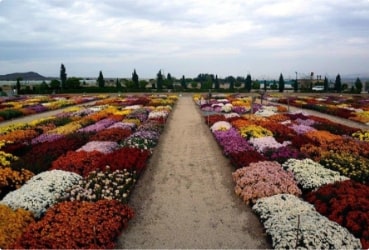 “Netherland of Iran” and “The Fairy paradise” 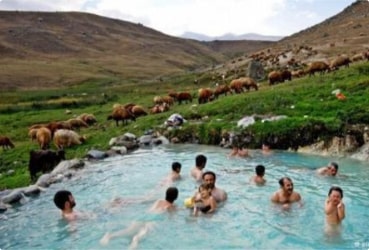 Being called Varkan, Mahallat was a part of Media Satrapy in Achaemenid Empire. There are remains of Hellenistic architecture from Alexander's time in Mahallat as well as fire temple ruins dated from the Zoroastrianism era. 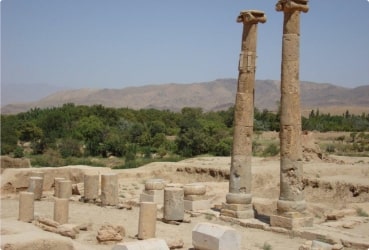 Design : all variations of Arak and Qom designs are used in Mahallat, including Gol-Farang Lachak-Toranj (Medallion), Kheshti Bakhtiar, Daste Goli (Bouquets), Derakhti (Tree), Shah Abbasi Medallion and Shah Abbasi Afshan (Scattering).
Raw materials : following Qom and Arak’s style, the Mahal’s main raw materials are wool and silk. In recent years, using silk for both warp and nap became more usual, especially in the village of Nakhjiran. This village is one the major inhabitants where immigrant weavers from Qom settled. In other Mahallat’s villages wool is the main material for nap, and, warp and weft are of cotton yarn.
Size : main sizes are zaronim (1×1/5), dozar (2/10×1/35), six-meter and rarely nine-meter. Bigger sizes and runners are few and far between in Mahallat. 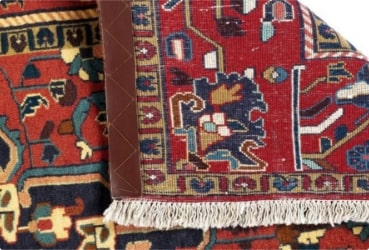 Knot count : there are lots of old Mahal pieces in which knot count differs between 20 and 25 knots in 7cm. In new ones the number differs between 30 and 35, and up to 50 knots per 7cm is possible, especially in the city of Mahallat itself.
Knot type : Asymmetrical (Persian) knot is the common knot in Mahallat. Symmetrical (Turkish) knot is few and far between.
Loom : Mahal’s looms are vertical and fixed.
Warping the loom : both Turkish and Persian styles are common in Mahallat. There was also a fusion style which is not common these days. 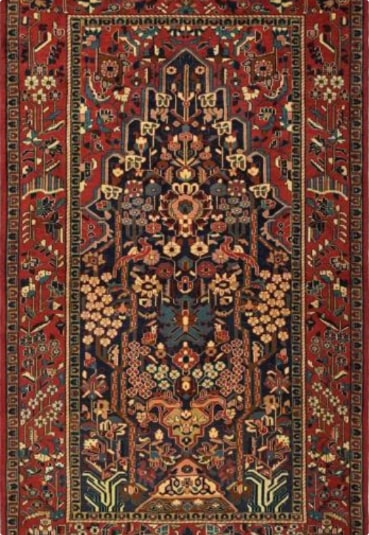 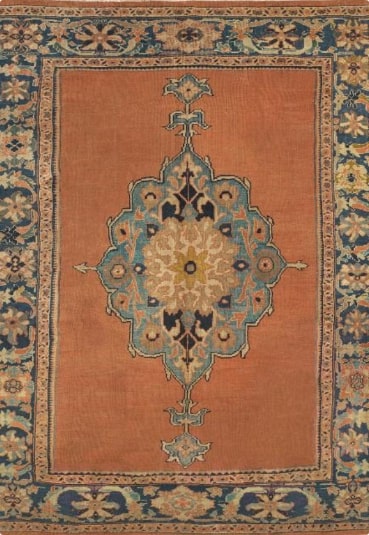 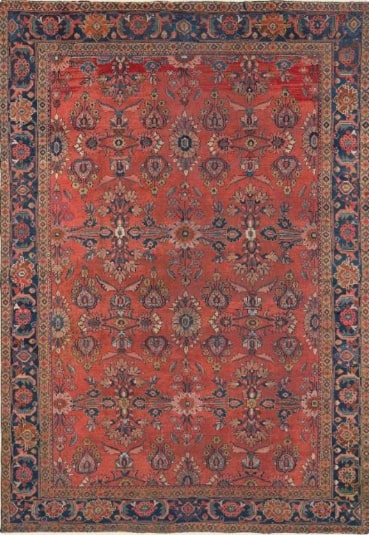 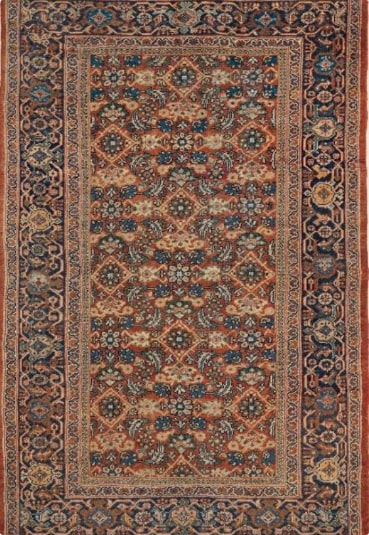