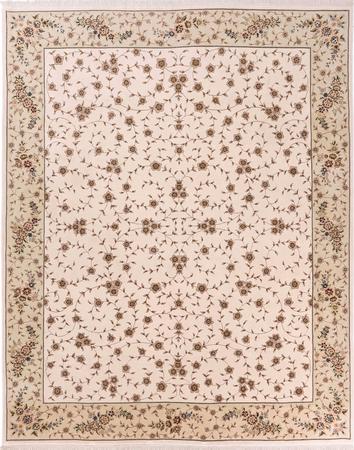 Tabriz is an ancient city on the slope of the Sahand Mountain, East Azerbaijan province, Iran. It is the biggest city in western Iran, with a population of over 1.73 million. Tabriz was named World Carpet Weaving City by the World Crafts Council in October 2015.

Making it the first capital of the modern Iran, Shah Ismail the great crowned in Tabriz as the Shah of Persia in 1501 to start a great revival for the Iranian culture. As the capital of the first Safavid’s Shahs, Tabriz attracted lots of artisans who have made a new way in the Iranian art tradition. Shah Tahmasb was fond of luxuriant rugs and used to order them to be given as diplomatic gifts. He established rug workshops in Tabriz to serve the purpose and it is said that he himself was a rug designer.

The second boom of Tabriz rug production occurred in the 19th century. Beside the rug weaving tradition, Tabriz has been well-known as a center for rug trading. The Tabrizi merchants established rug workshops which were the first non-royal ones in Iran. Being located on the route to Trabzon and Istanbul, the city has been also the main gathering place for European rug traders. Still vivid and active, the Bazaar of Tabriz is one of the oldest bazaars in the Middle East and the largest covered bazaar in the world. It is one of Iran's UNESCO World Heritage Sites, attracting tourists from all over the world, especially to its rug souk.

Bazaar of Tabriz
Technical aspects and the structure of Tabriz Rugs

Tabriz rugs are mostly two-wefted with Turkish/symmetrical knots. Nap is mainly woolen or silken and warp and weft are of cotton or silk threads. The wool come mostly from Maku. It is rough and bristly. Rezaeih, Khoy and Salmas, too, produce wool, but not as much as Maku, thanks to its rich pastures.

Tabrizi weavers have their own kind of loom which is famous as Tabriz loom. Kilim-weave of Tabriz rugs is also unique and known as Turkish style which is more elegant than the common rustic style. Workshops in Tabriz are mostly spacious, bright and clean, with fresh air and good standards of hygiene.

Dyeing and painting of Tabriz rugs

Profited by both herbal and mineral dyes of Azerbaijan’s mountains, the Tabrizi dyers have succeeded to attain different shades of each color. So the rug painters of Tabriz enjoy a wide range of colors on their pallets, and making various compositions with this range is their absolute profession. It is mostly the very liveliness of the colors that catches Tabriz rug lovers’ eyes. Natural dyes include: Madder, coccus, reseda and indigo. There is a kind of grey mineral dye which is mined out of Mishe Pareh Mines and it is called Khak Siah (namely Black Earth).

Designs and patterns of the Tabriz rugs

Tabriz designs are the result of the admixture of elements from all over Iran. Kerman medallions, Mashhad Lachaks and Kashan margins gather to form something unique and new. Eslimi (Arabesque), Shah Abbasi and Medallion are the major designs in Tabriz. Other common designs are: Shekargah (Hunting Garden), Sheikh Safi, Landscape and Four Seasons, Vase, Fish, Draxti (Tree), Qabi (Frame), Xitai and Gol Farang.