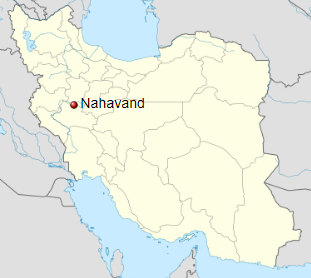 If there is one ancient urban settlement in Hamadan province equal to Ecbatana in age, it would be Nahavand (also Romanized as Nehavand and Nehavend). The name is well-remembered in the Iranian history because of a battle that put an end on the late Persian antiquity: the battle of Nahavand in which the last Sasanid Shah was defeated by Arab invaders. 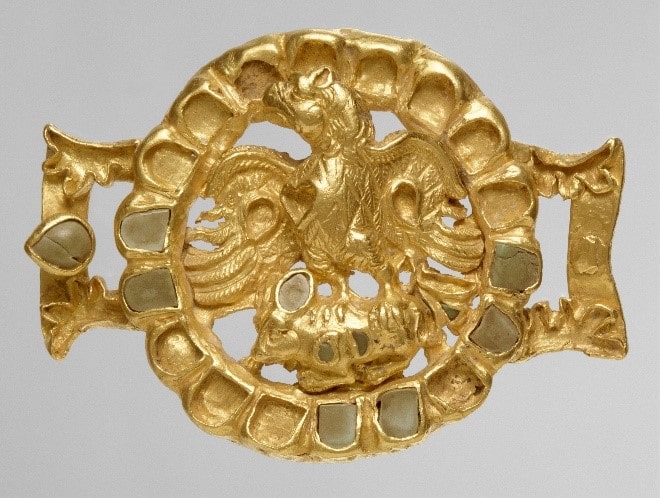 Clasp with an eagle and its prey found in Nahavand, believed by Ernst Herzfeld to originally belong to the House of Karen (was one of the Seven Great Houses of Iran. The seat of the house lay at Nahavand, about 65 km south of Ecbatana)

Pre-historic and ancient castle’s ruins are matters of interest in the area and the town of Nahavand lies some 90 km south of Hamadan (Ecbatana), from which it is separated by the massif of the Alvand Mountain, which rises to 11,716 feet, and from which streams provide Nahavand and its agricultural hinterland with a plentiful water supply.

Central Zagros’ nature provides best of raw materials for rug weaving, including cotton and natural dyes and the weave of the area proved to be durable.

Technical aspects and the structure of Nahavand Rugs 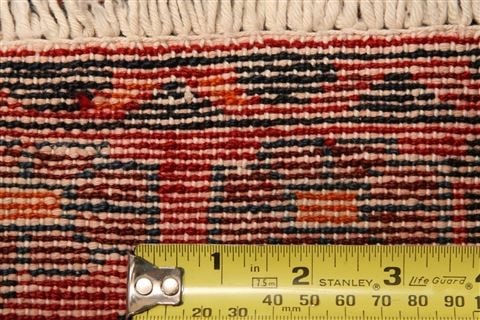 Nahavand rugs are mostly woolen piled, single-wefted, and woven with the symmetrical/Turkish knot on cotton warps and wefts. 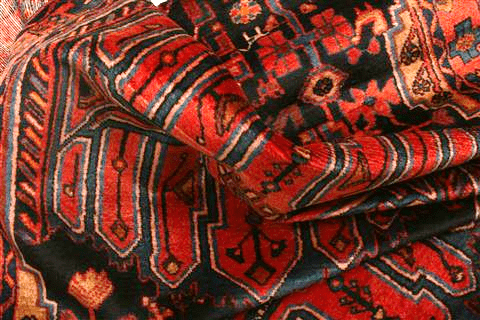 Area rugs and runners are woven in Nahavand mostly in large sizes.

Dyeing and painting of Nahavand rugs 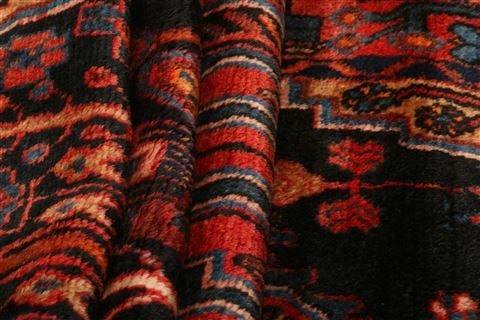 Benefitted by the Zagros’ nature, the palette of the area is not corrupted by chemical dyes. Lustrous yarn and silky wool of the area give a shiny feature to colors.

Dark shades are more favored in Nahavand pieces. Dark blue and madder red are dominant tones which serve as ground and margin interchangeably.

Undyed camel hair of the region brings a golden camel on Nahavand palette. 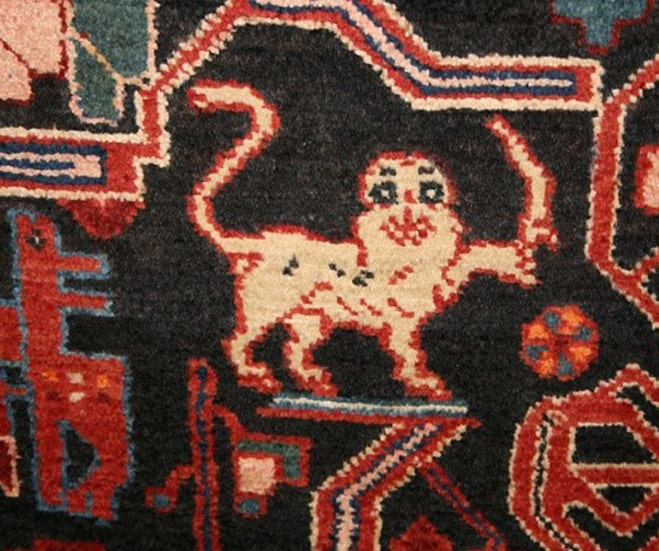 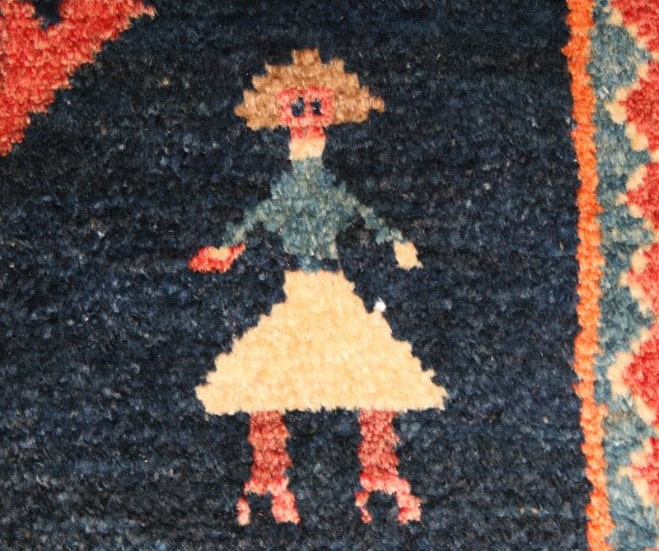 Designs and patterns of the Nahavand rugs

Nahavand medallions are usually shaped by geometric leafs. Medallions are surrounded by rather large floral patterns. Animal motifs, such as lions, are also used in Nahavand, rendered in a free nomadic style. 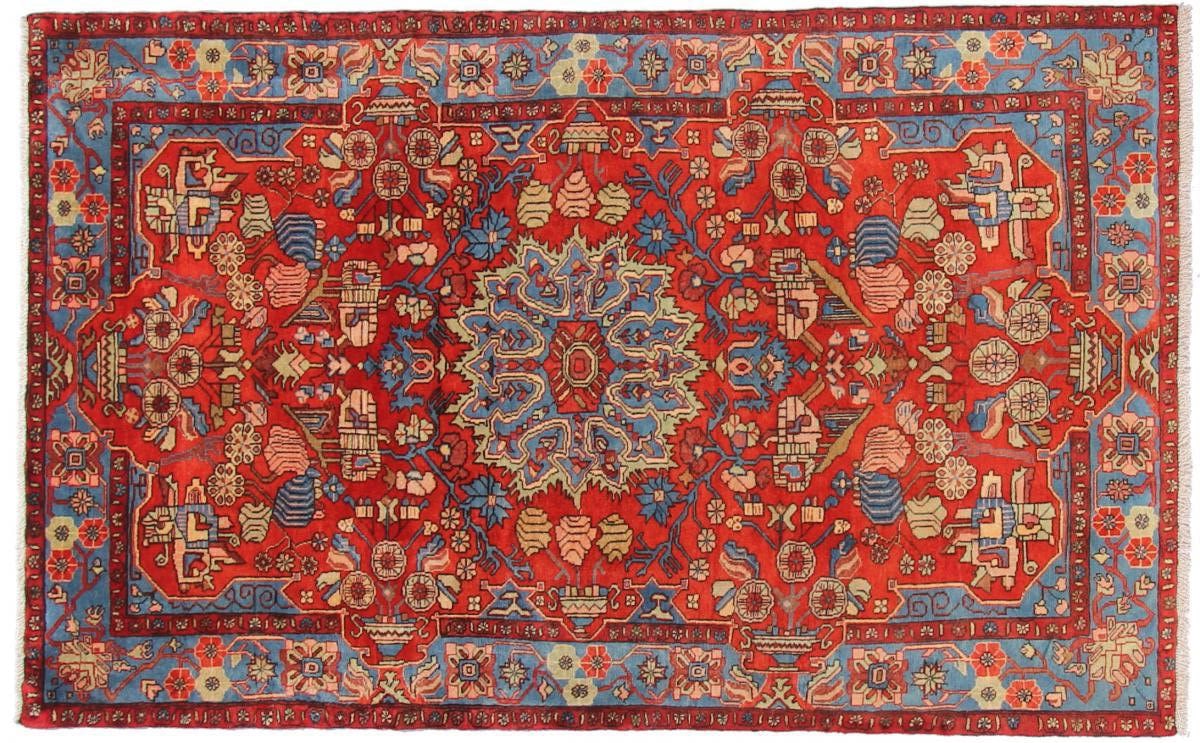 In some pieces margins make stylistic frames around the ground. One could recognize easily such frames in triple-medallioned ones.

Nahavand central-medallion designs are usually without specified corners. Some have very tiny corners and some in pieces corners merge into stylistic frames of margins. 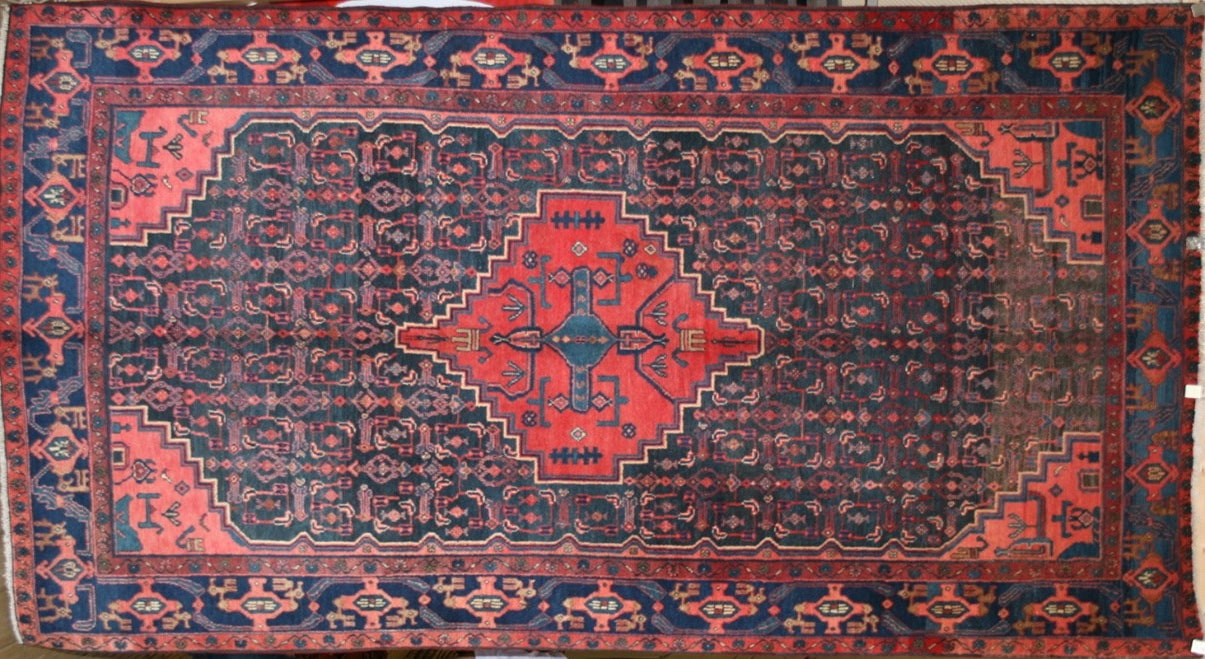 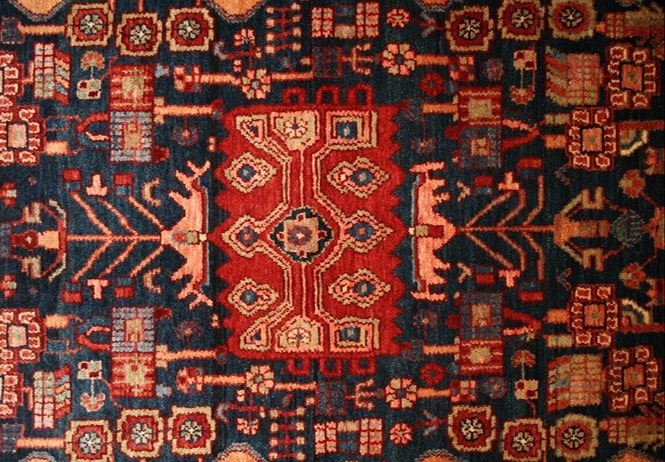 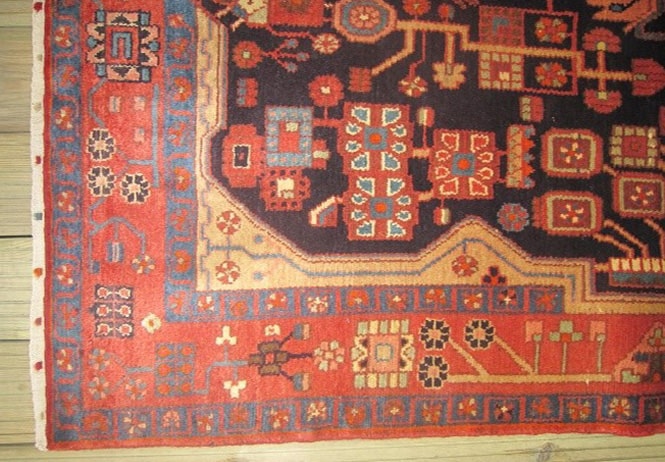 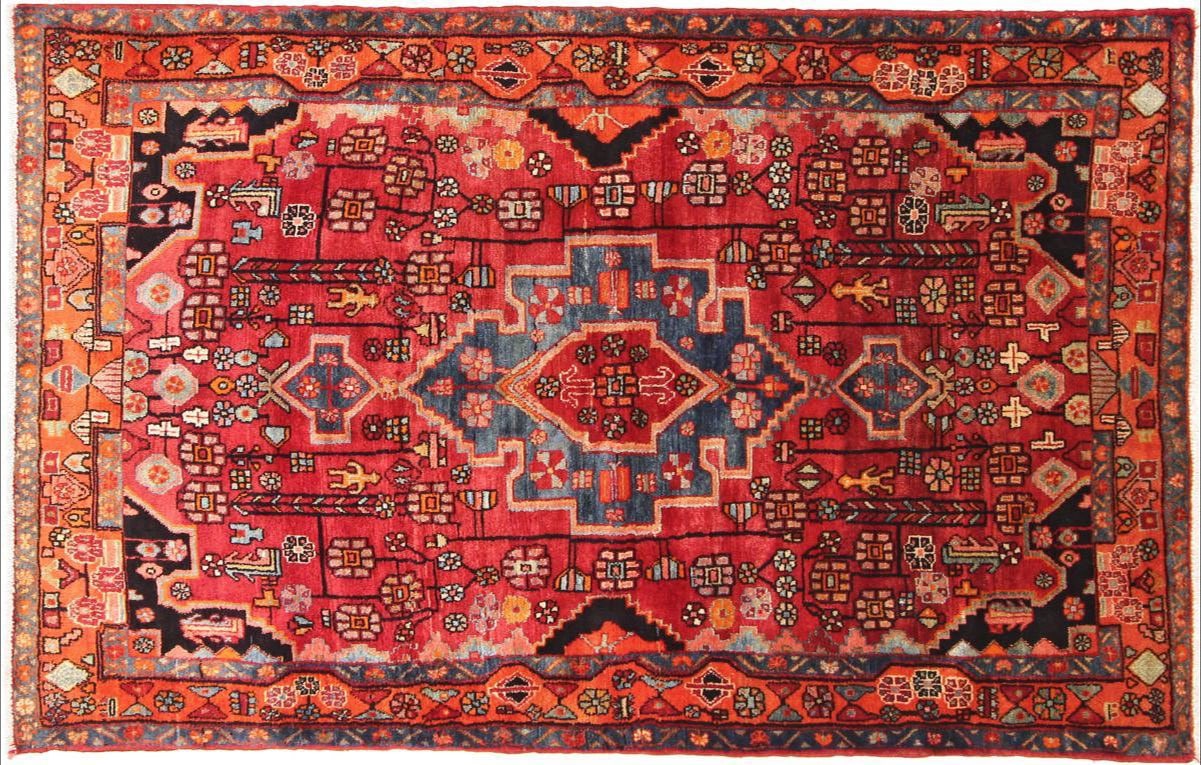 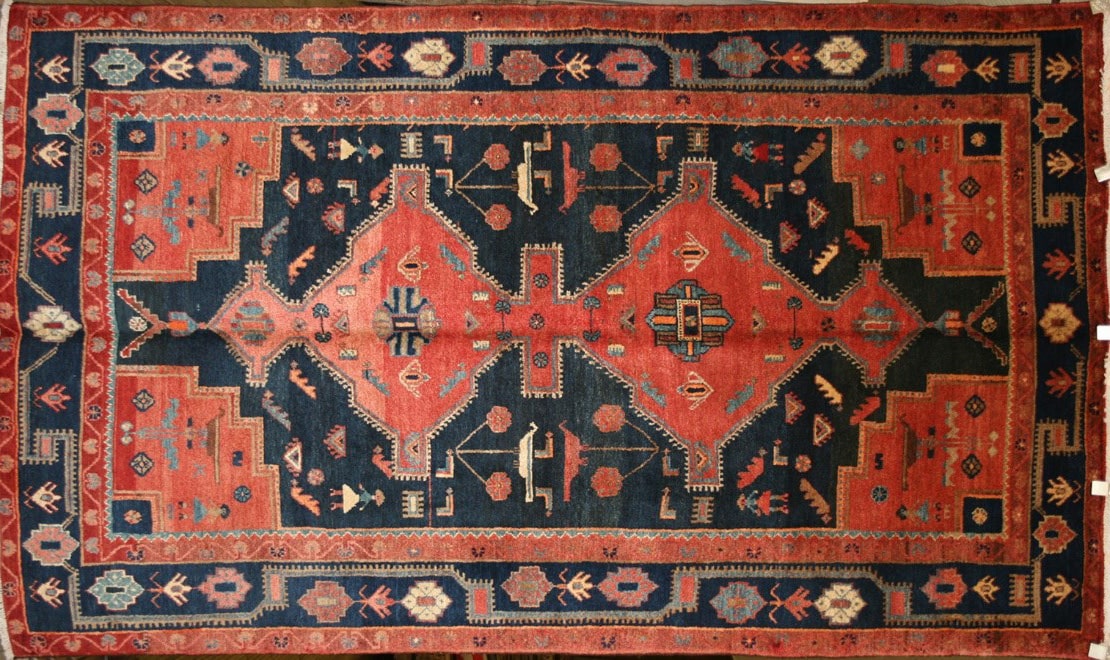 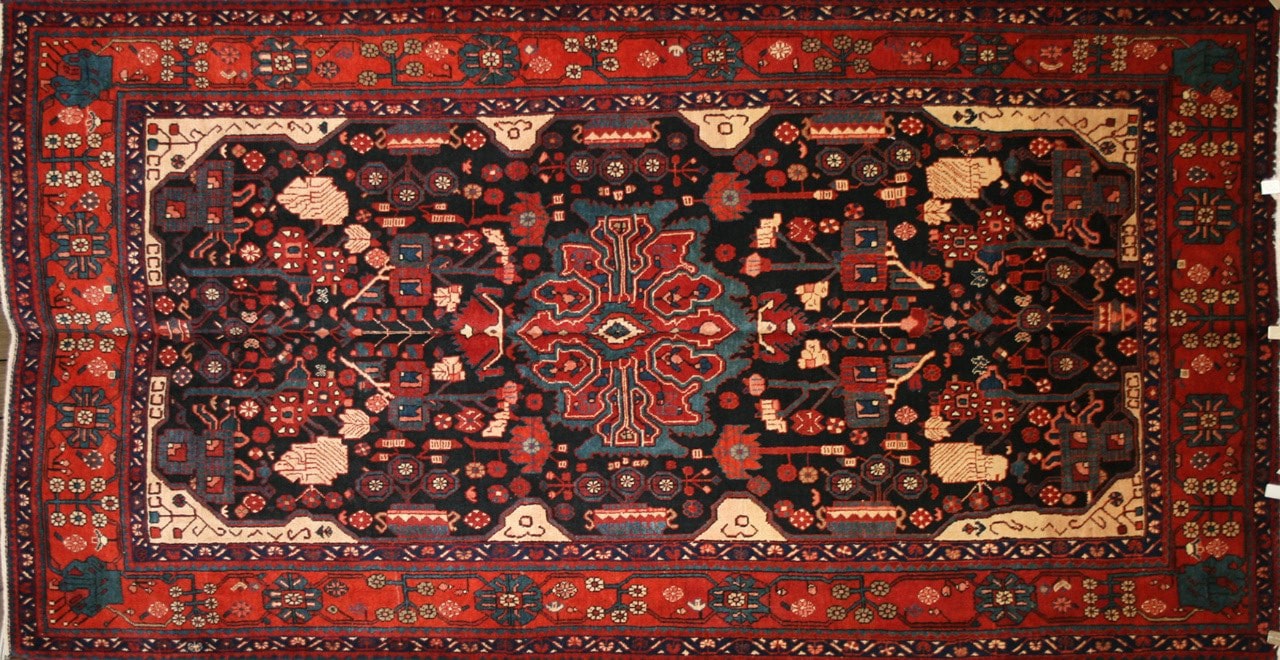 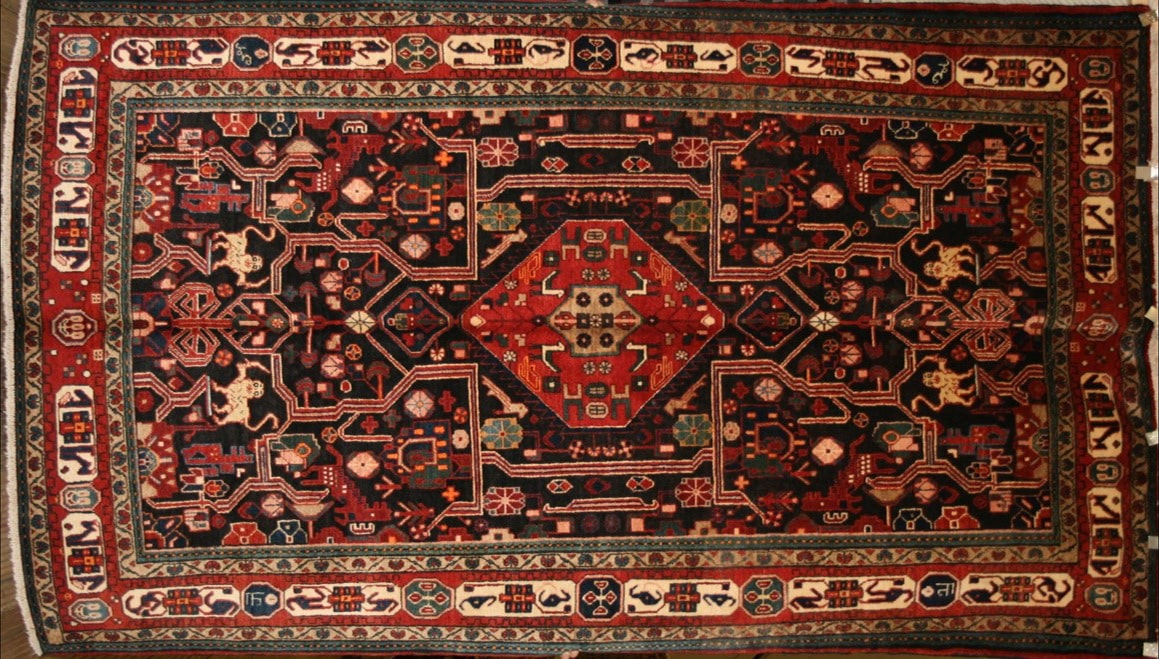