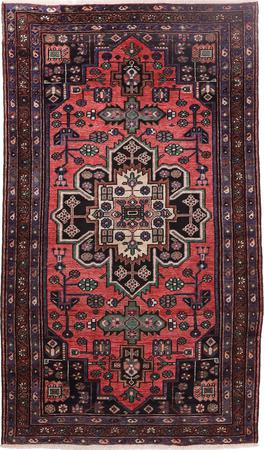 The Zenjan’s establishment is attributed to the semi-legendry Shah of Persia, Ardeshir Papakan, the founder of the Sasanid dynasty. Actually it is known that the area flourished under the rule of two last ancient dynasties Arsacid and Sasanid, being located on the important Khorasan Road, and blessed by fire-temples on its mountains. 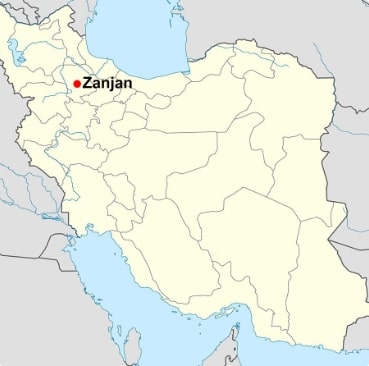 Nowadays the mountains are famous for their productive mines and the city and villages around have a high reputation for handy crafts. Inside Iran the most well-known Zenjan’s craft is bladesmithing, which is believed to be an ancient heritage, and beyond its borders rugs and other sorts of carpets are recalled by the names of the city, Zanjan or Zenjan, and villages around such as Qoltuq and Bidgeneh. 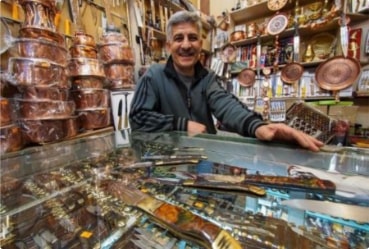 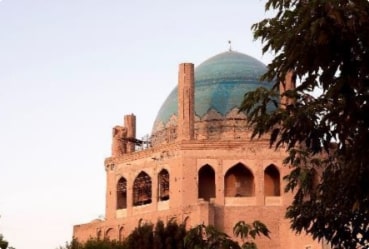 Dome of Soltaniyeh, near zanjan
Technical aspects and the structure of Zenjan Rugs 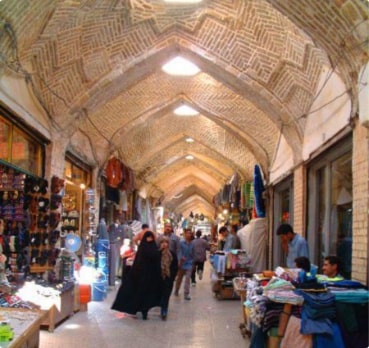 What people call “Zenjan” are actually various pieces of rugs and carpets woven in different rural areas, being gathered ultimately in Zenjan Bazar. Those come from Hamedan routs differ, technically as well as aesthetically, from the ones from Kurdish side (Bidgeneh). Tabriz way has its own influence, of course, and so you would also find pieces similar to typical Azarbaijan styles, all of which are roughly called Qoltuq. 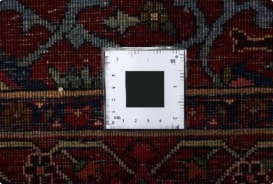 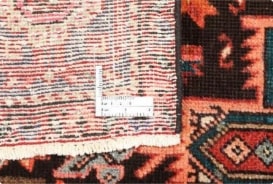 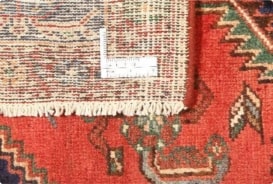 Except Hamedan-styled ones, which are Persian-knotted and single-wefted, the others are double-wefted with symmetrical (Turkic) knots. The ones from Kurdish side are finer in weave and are deeply under the influence of Bijar rugs. In other word, designs, colors and structure are the same but in a somehow clumsy way. In the case of structure this clumsiness appears in the thickness of weave which leads to a rigid back. But these are all true in the unfair comparison with brilliant Bijars. Zenjan Kurdish rugs are the best amongst Zenjans and far more affordable than Bijars. ‘Khamseh, is another term, a short-lived name for the southern parts of Zanjan province under the Qajars rule, which remained on some low quality woven pieces. These are also single-wefted with cotton warp and weft.

Dyeing and painting of Zenjan rugs

Black has roughly no place on Persian pallets, except in Zenjan. It is a big exception of course, but after all, playing as dark navy blue, it doesn’t make a dominant effect on the total harmony. 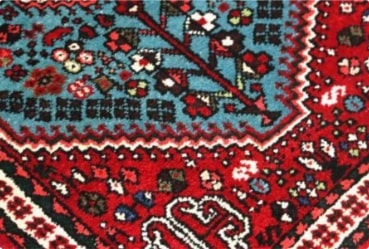 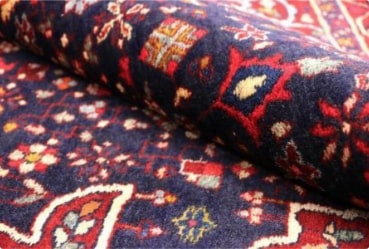 More interesting, the exception concerns Hamedan and Qoltuq styles alike, with their different structures and designs.

Sky blue, too, could be seen in different types, and also a brownish red similar to dry leaves, as well as vivid shades of scarlet, yellow and orange. Enjoying mountainous nature, herbal and mineral dyes are of best quality. 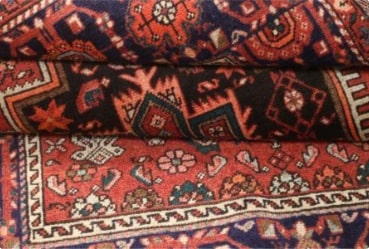 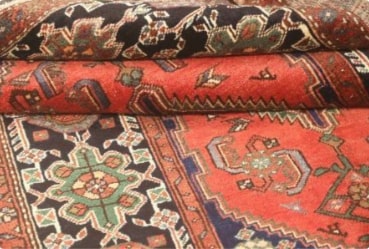 Designs and patterns of the Zenjan rugs

Similar to Bijars, Bidgenehs tend to be double-medallioned or “medallion-in-medallion” with wide margins and geometric forms. Unlike Bijars’ accurately orderd motives, Bidgenehs’ are more folky and a bit massive in appearance. Qoltuqs are recognizable with their medallion-and-pendant designs with Lachaks in the corners and narrower margins. Hamedan style includes roughly all basic Persian tradition such as Herati Vagireh (repetitive pattern), Botteh-based designs and different types of medallion. All Zenjan areas share a reputation for Kallegi weaving, which is a long and rather wide runner, a preferable size in northwestern Iran. 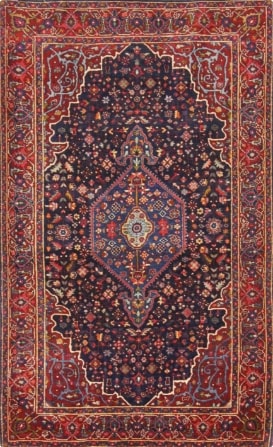 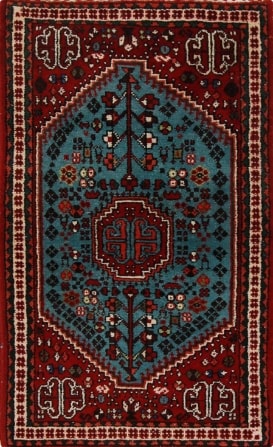 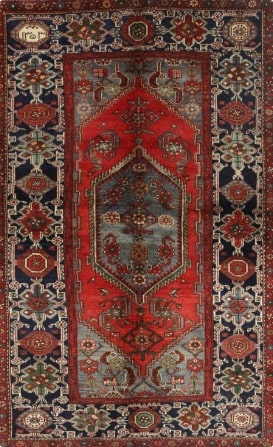