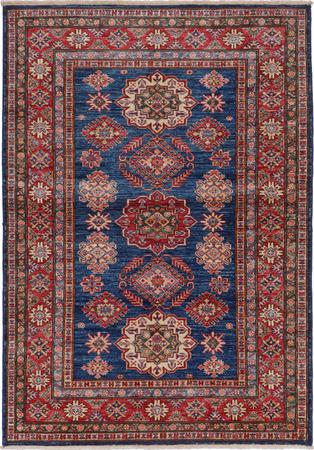 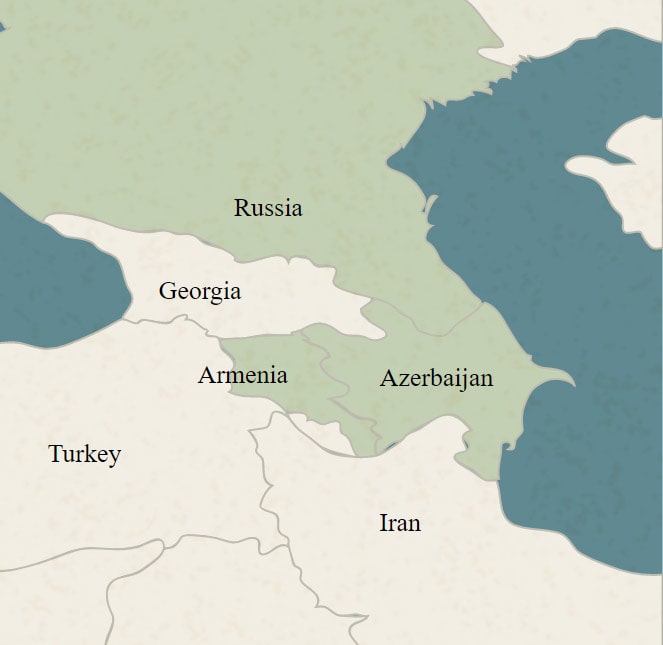 Between the Caucasian rivers Kura (Cyrus) and Aras (Araxes) a vast indefinite region, called Kazak, is deemed, and best known for typical antique rugs woven throughout the region.

Like all Caucasus, this region too is multi-racial and multi-cultural. Georgians, Armenians, Azeri Turks, Tats and Kurds live there. What is more, Tbilisi and Yerevan, the capitals of Georgia and Armenia located in this deemed region.

Nevertheless the Kazak rugs are chiefly attributed to Armenians and some tend to call all Armenian pieces ‘Kazak’.

The reputation of Kazak pieces backs to the 19th century when rug production of the area boomed under the Tsarist Russia. Today rugs with typical Kazak features are still produced, not only in Caucasus, but also in India, Pakistan and Afghanistan.

Technical aspects and the structure of Kazak Rugs 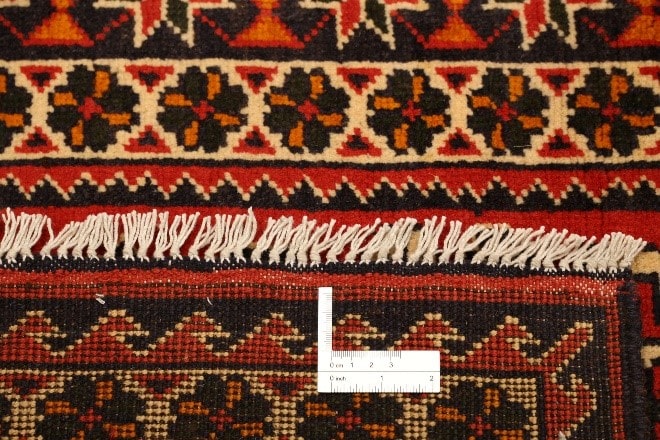 Antique Kazaks are coarsely knotted with a density of about 40 to 60 knots per square inch. Knots are symmetrical (Turkic). Warps, wefts and piles are woolen in antique pieces, but new ones may have cotton foundations.

Area rug sizes are favored including long ones. Runners, too, could be found.

Dyeing and painting of Kazak rugs

Red, blue, cream and even green are used for fields, while the secondary palette include a vast range of light shades, from pistachio to apricot.

Brick red of the region is famous. Deep pinks and golden khakis are common. Minimal usage of white makes a shimmering effect on navy blue fields.

Designs and patterns of the Kazak rugs

Arrangements of vertical medallions with hooked extensions are common like in other Caucasian and Anatolian designs.

A large eight-pointed star called ‘Star Kazak’ serves as medallion in some famous pieces which are known under the same title.

The well-known Chelaberd motif, which is frequent all over the Caucasus, also called ‘Eagle Kazak’, ‘Sunburst Kazak’ or Adler Kazak. It is a medallion consisting of a lozenge with parallel radiating arms.

Quincunx and Lambalo are two other favored design structures in Kazak region. The former is a common arrangement of one medallion in the center and four smaller medallions in each of the corners.

The latter, used mostly for long pieces, consists of multiple borders and a rather narrow field which is normally left empty.