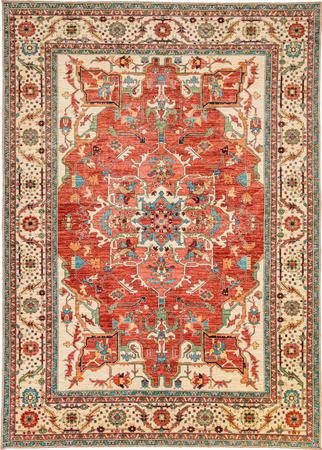 Nobody knows when this term entered western markets. Inside Iran the term has no use. For sure it is an American term being used to distinguish some antique Herizes high grade in weave and raw material. Because of such qualities, Serapis could be considered as antiques pieces comparable with Museum’s ones, but still in useable condition and findable in the market. 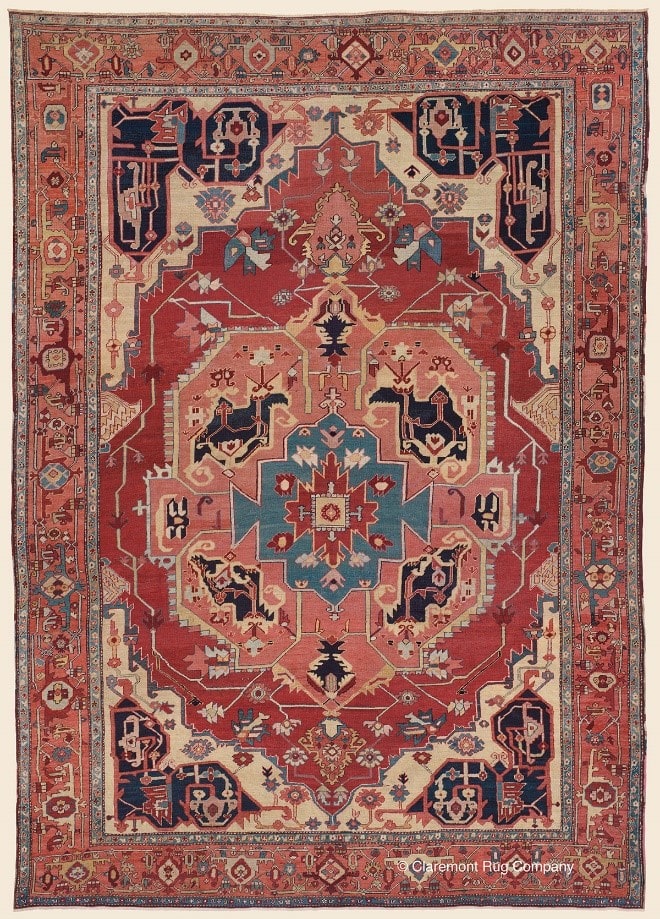 Serapi is assumed to be a corrupt spelling of Sarabi (belong to Sarab), a village meaning ‘headwater’, by the headwaters of the Bitter River: Talxe-Roud in Persian, and Aji-Chay in Turkic. But obviously the pieces are not from Sarab only, but from all villages alongside Talxe-Roud which make the Heriz district.

Rich mineral water pasture and herd alike, making wool coarse and endure, which answer well to the need of mountain folks for warm and durable rugs. This exclusive property of material has affected the designs and furthermore made Herizes of the most long-lasting amongst their kind, and that explains why there are a good number of Heriz antiques in museums around the world, keeping the original designs alive, as well as a good number of Serapis in markets.

Technical aspects and the structure of Serapi carpets 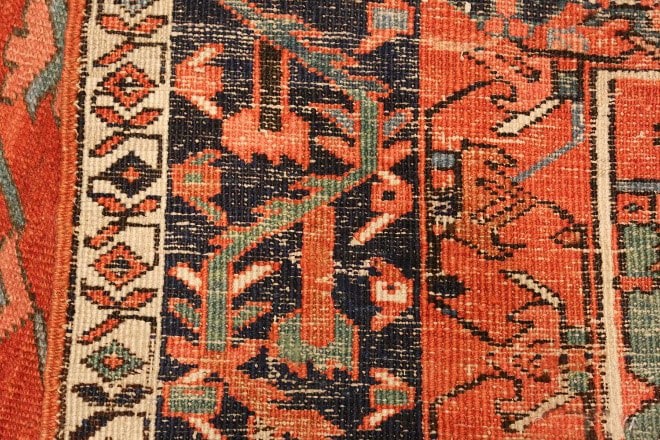 Serapi pieces are the bestin Heriz, not just because of material but also for their trustable weave. That’s why there are still plenty of antique Serapis in bazar, in usable condition.

Knots are Turkish/symmetrical, single-wefted, pile is woolen and warp and weft are cotton, dense and heavy, to match the wool’s coarseness.

Serapis have been woven mostly in carpet sizes. 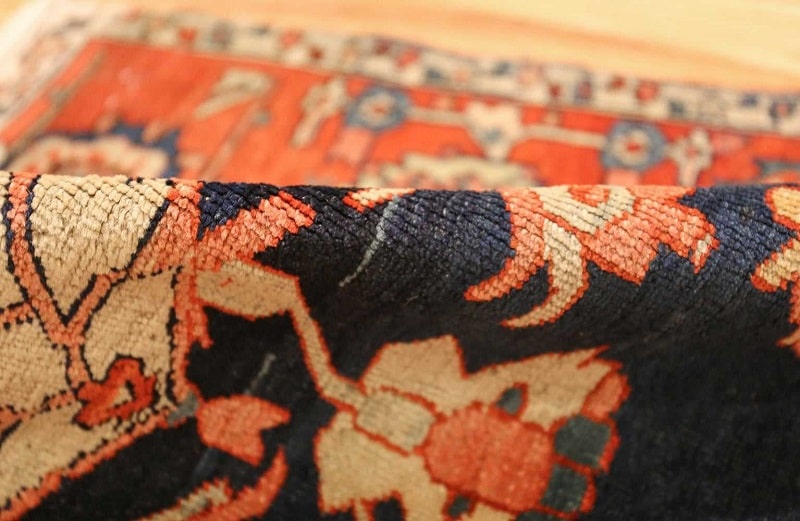 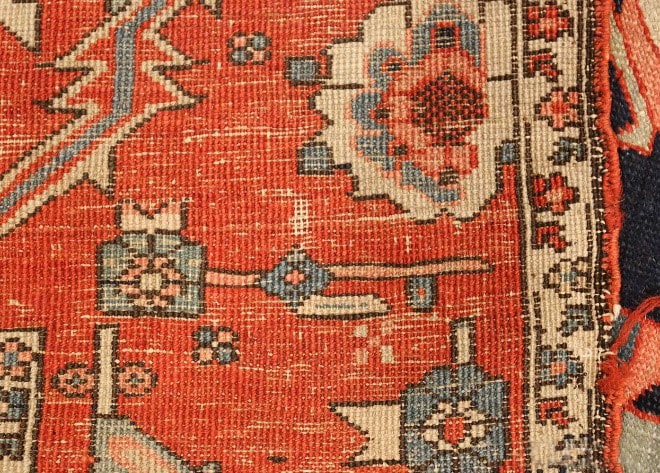 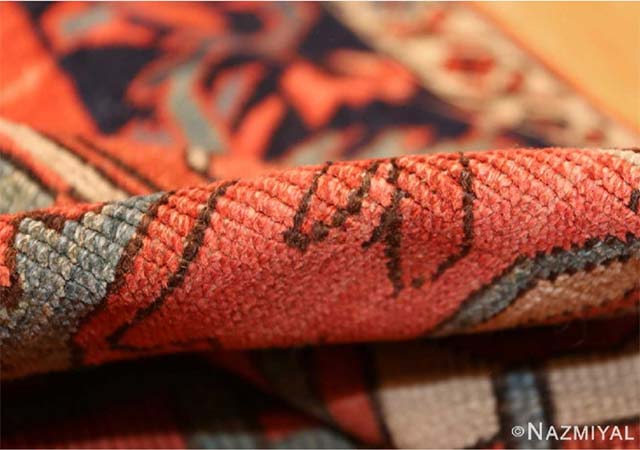 Dyeing and painting of Serapi carpets

However coarse in texture and pointy in rectilinear designing, serapis are delicate, mild and fine in coloring. Azarbayjan’s mountains provides a special kind of madder which brings several shades of brownish red on pallets, as well as acid-moderated pinks. The hue obtained of this madder’s root is so unique you can’t fail to recognize.

A glowing camel catch the viewer eyes in the fields of Serapis which is obtained from undyed camel hair. Different shades of it shine gleamingly out of deep rosy and navy blue. 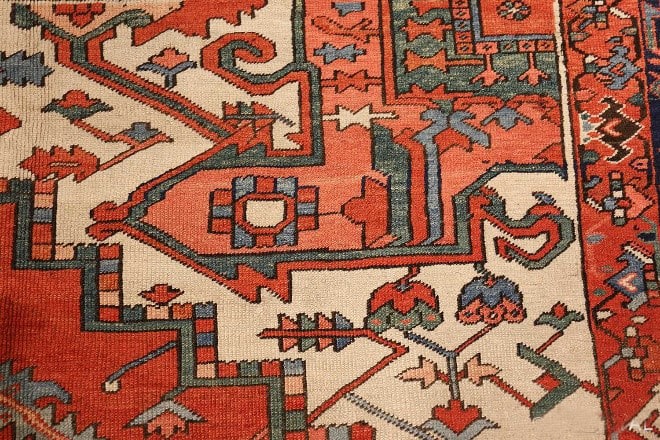 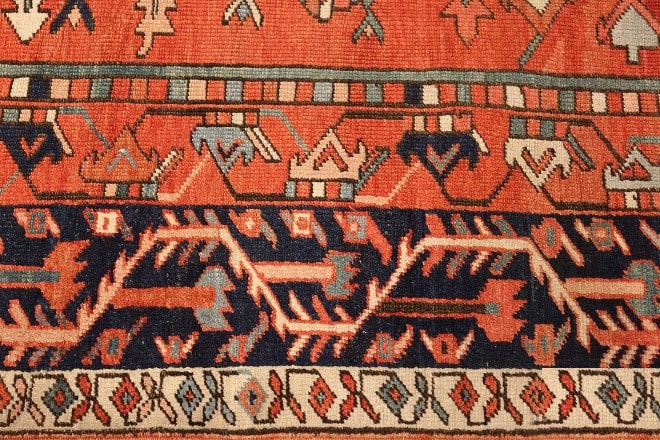 Designs and patterns of the Serapi carpets 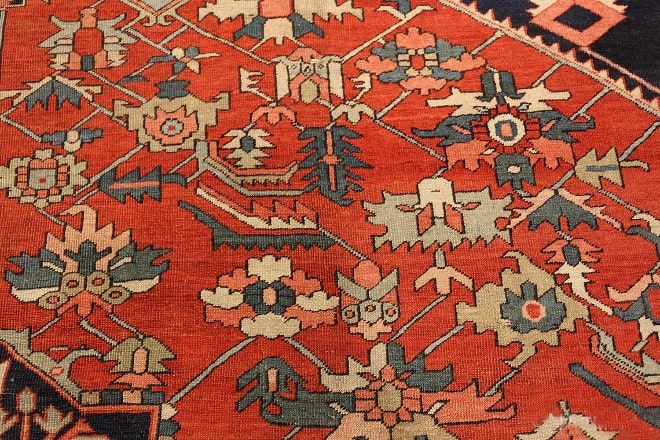 Serapi rug or carpet sizes are designed in the basic form of central medallion, following the Heriz style in which rectilinear medallions are mostly large, separated from their matching corners.

A large medallion resembling eight-pointed star is attributed to serapi pieces. There are initial samples in weavers’ minds, but every piece find its own charm at the end. It would be a difficult tax to find two pieces alike. 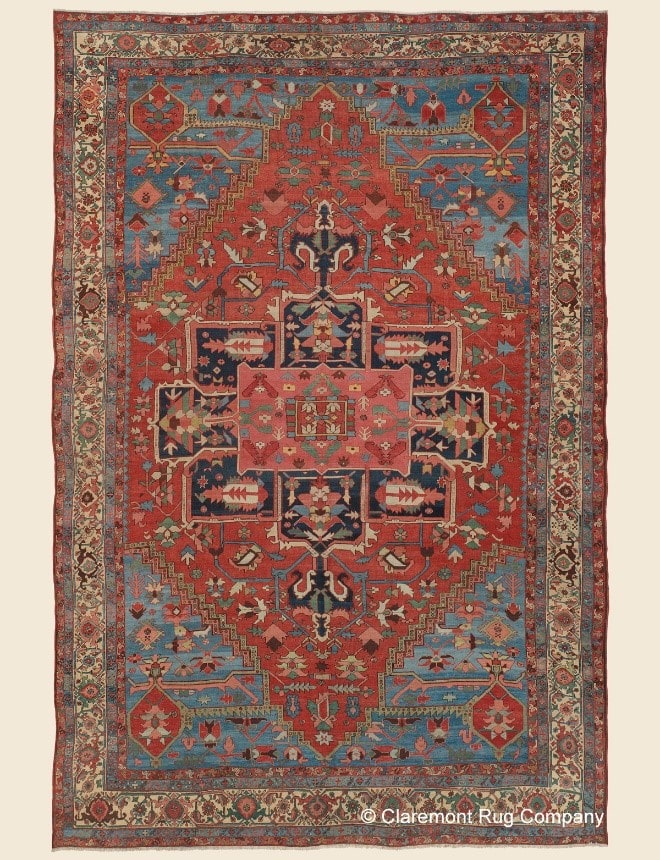 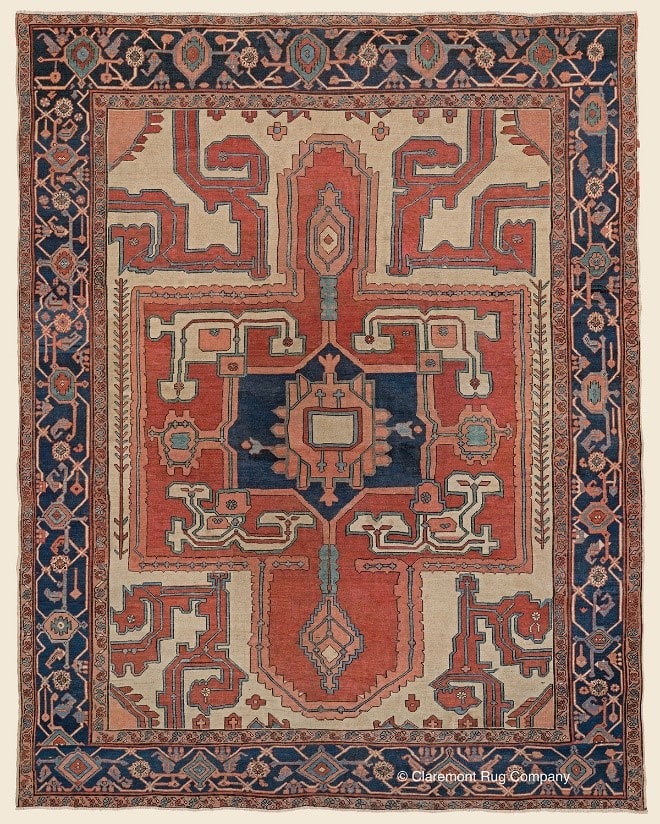 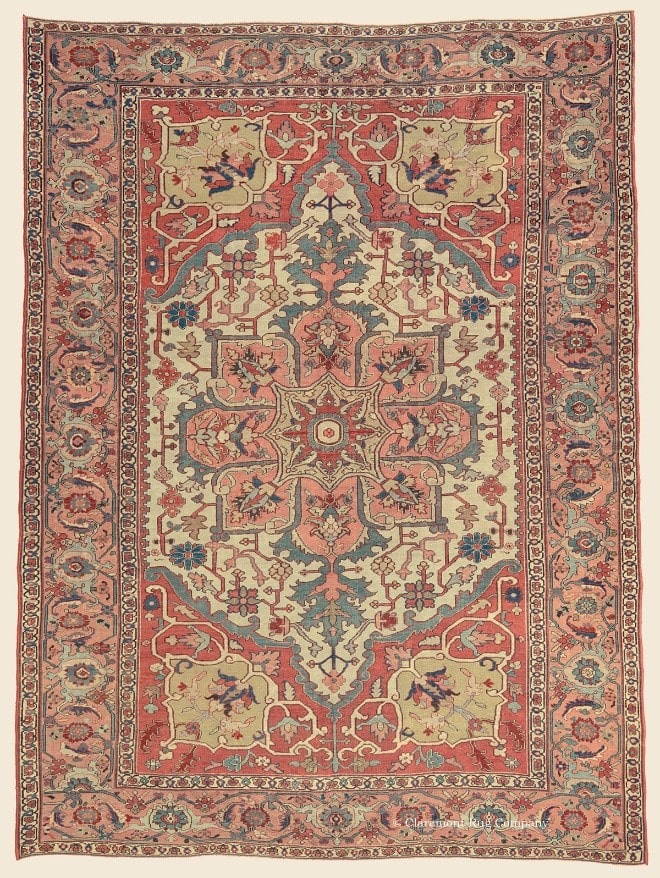 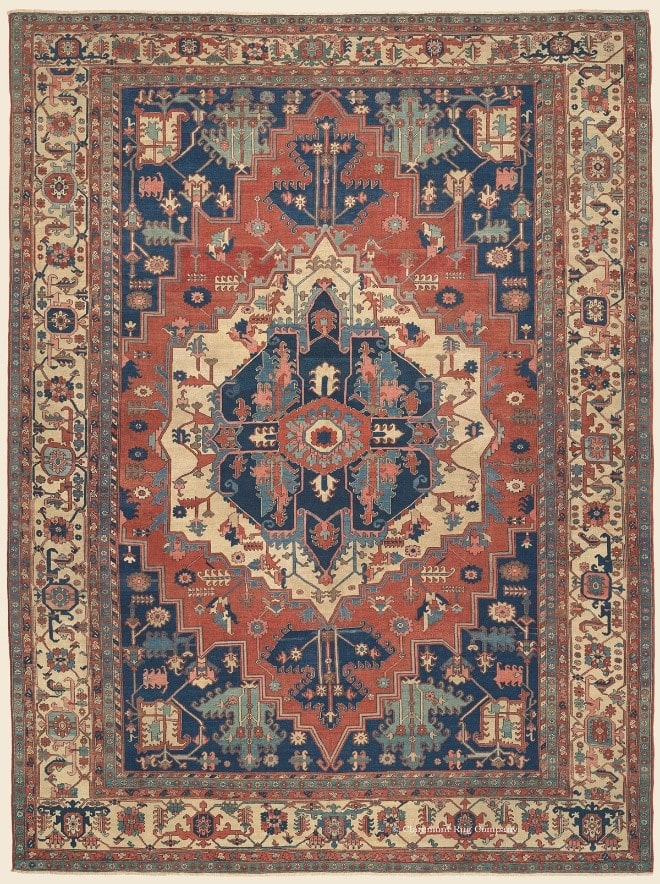 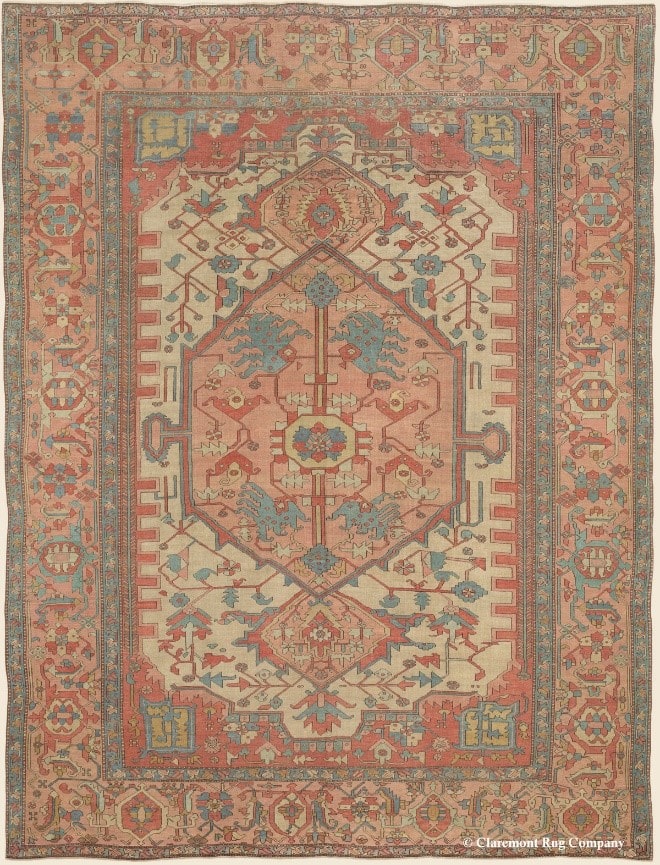 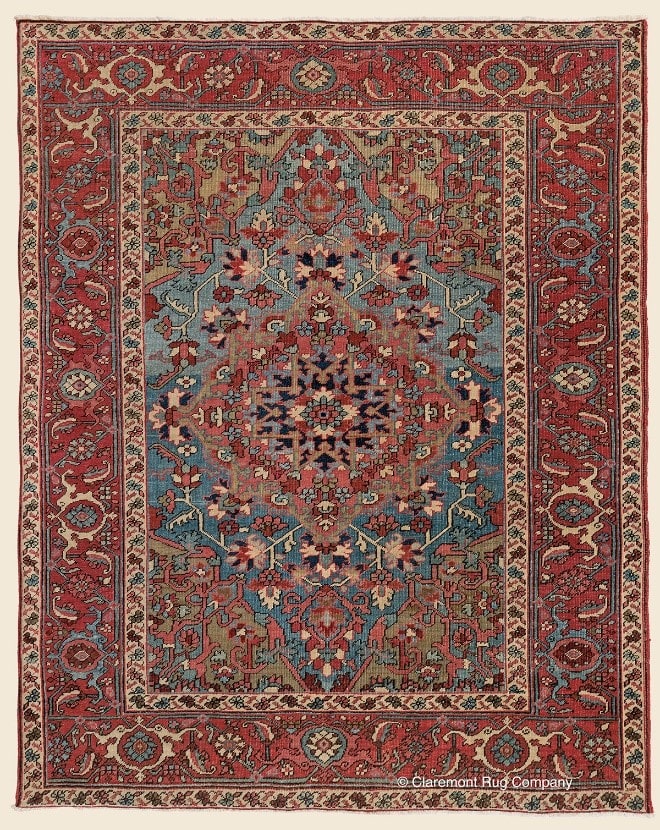 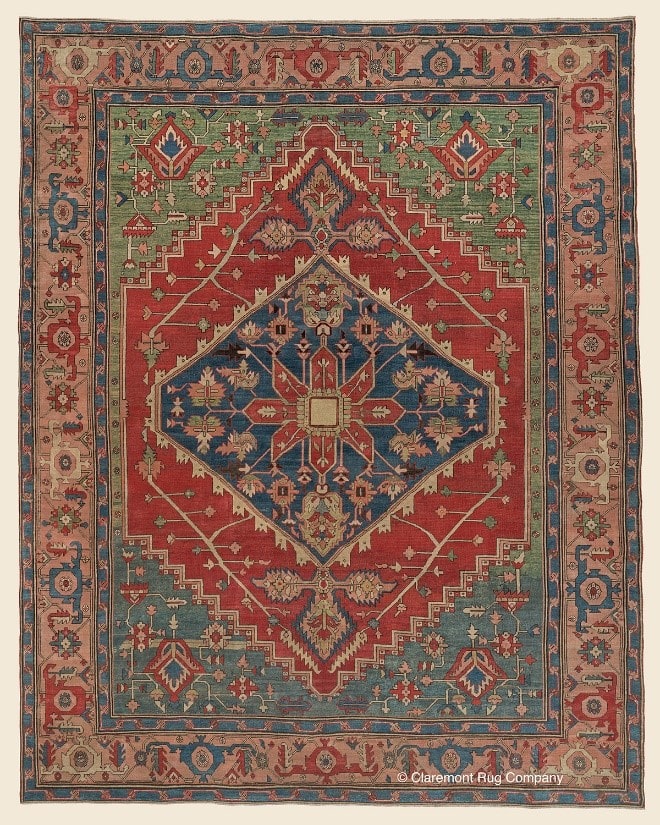