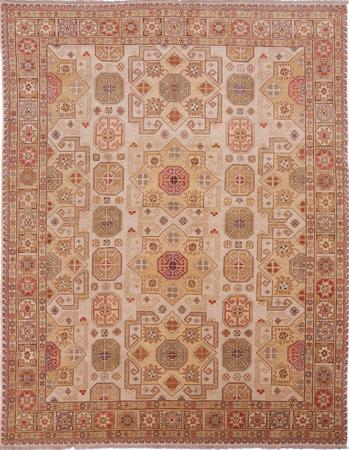 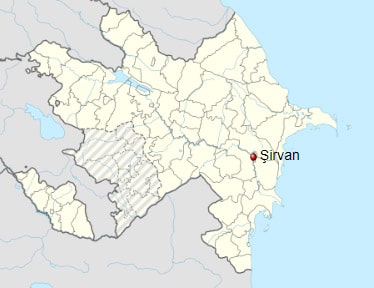 Shirvan (Şirvan, Shervan, Šervān) a region of Eastern Transcaucasia, known by this name in both early Islamic and more recent times, and now (since 1994) substantially within the independent Azerbaijan Republic, being bounded by Iran on the south, Armenia on the west, and Daghestan of Russia on its north. 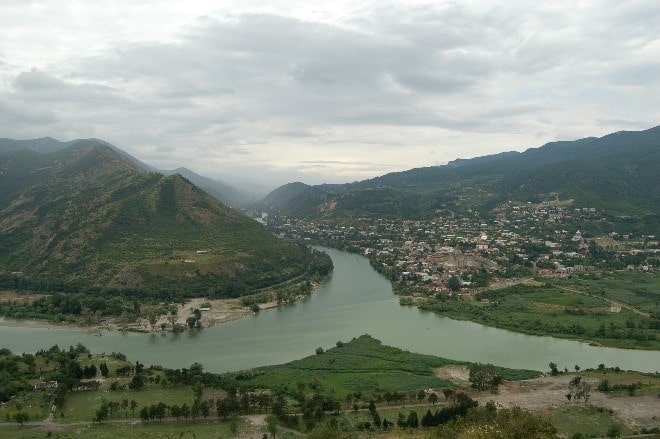 Confluence of the Aragvi and Kura (Mtkvari) rivers Mtskheta

The name chiefly recalls Shervanshahs. They were Persianized Arabs who ruled independently or as a vassal of larger empires in the eastern Caucasian region of Shirvan from mid-ʿAbbasid times until the age of the Safavids (from 800 A.D. up to 1607 A.D.) The title itself probably dates back to pre-Islamic times, when Ardashir Papakan, founder of the Sasanian dynasty, bestowed it to a Caucasian vassal.

Shirvan is still there today, listening to the Kura that rushes into the Caspian Sea. Some introduce the Kura (Cyrus) River as a natural borderline between Asia and Europe. During the 19th century rug productions flourished in the former Khanate of Shirvan. Some of these pieces are considered the best of Caucasian antique rugs.

Technical aspects and the structure of Shirvan Rugs 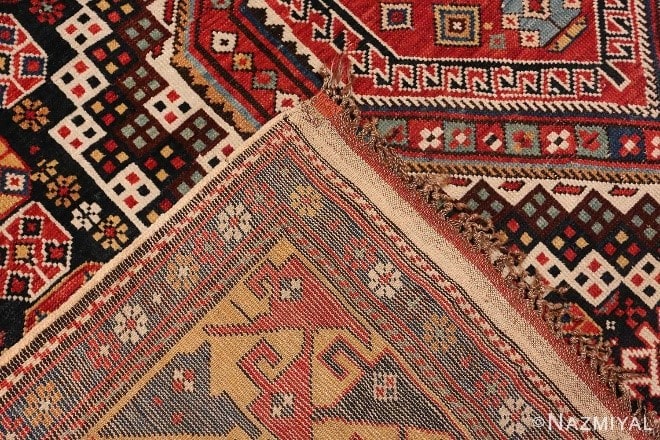 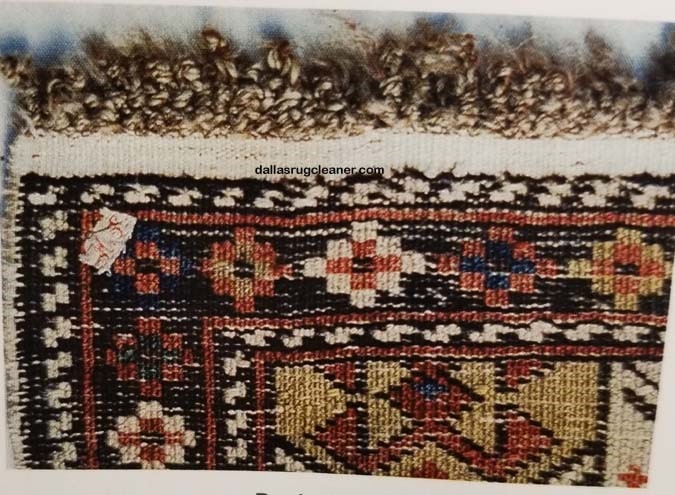 Back of Shirvan with Multi-Knotted Fringe & Kilim

Warps and Piles are woolen. Wefts may be either cotton or wool. Small rugs and long runners are favored sizes in Shirvan.

Resembling to tapestries, Shirvan Kilims have lots of uses like hanging from a wall or packing. 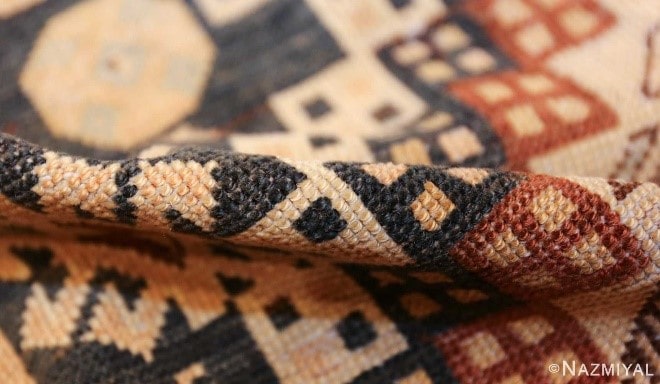 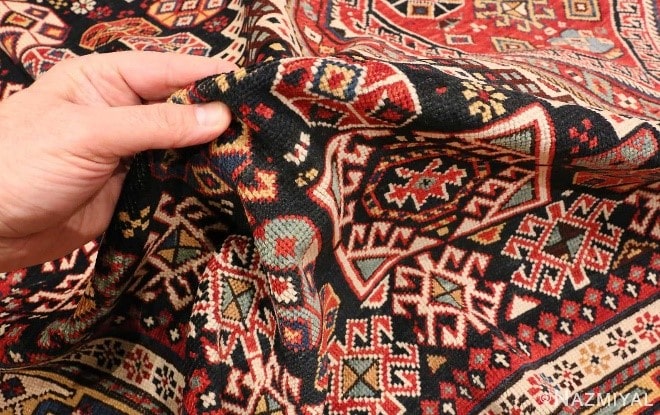 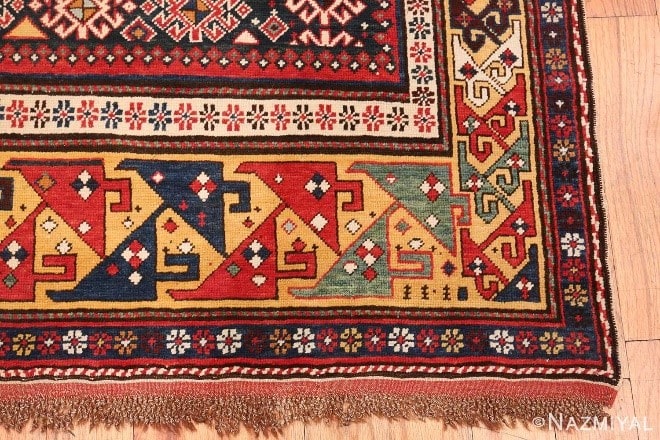 Dyeing and painting of Shirvan rugs 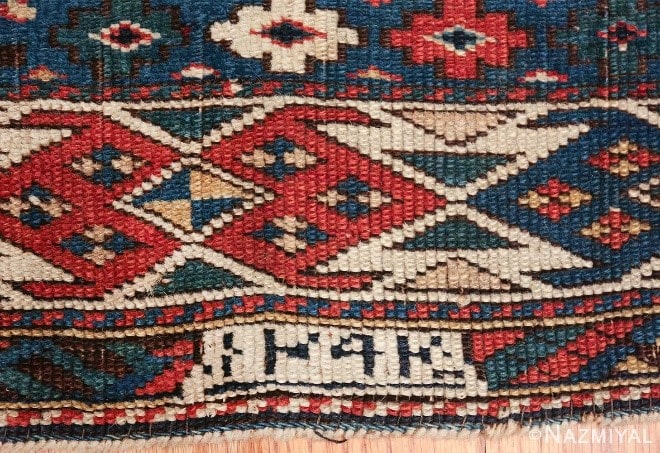 Palette of Shirvan is limited but strong. The power comes from both deep saturation and artistry of combing them which typically rely on contrast. 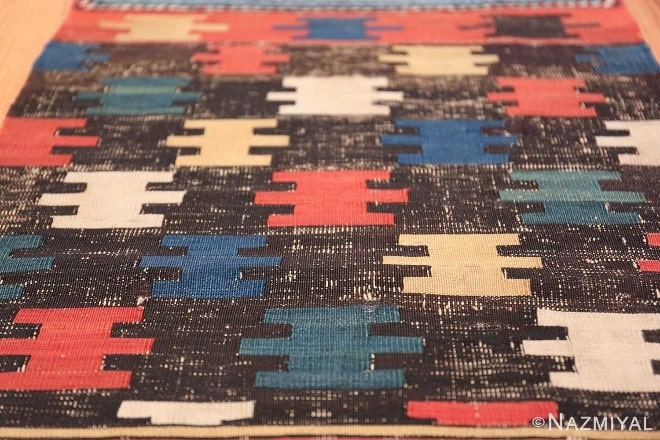 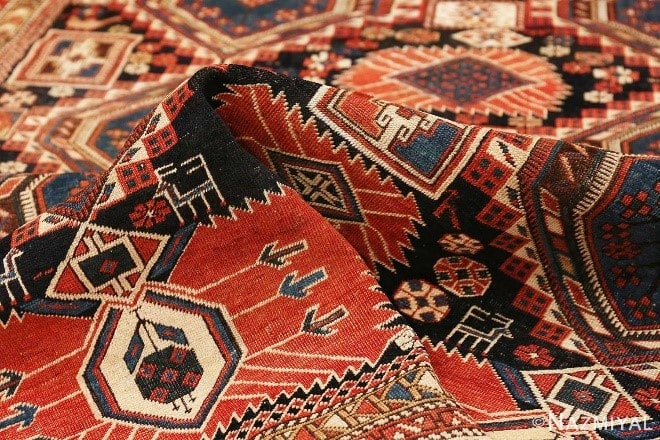 Designs and patterns of the Shirvan rugs

Prayer designs are common in Shirvan as it is a proper design for small sizes. Fields of such pieces filled with lattices of stylized flowers and blossoms. 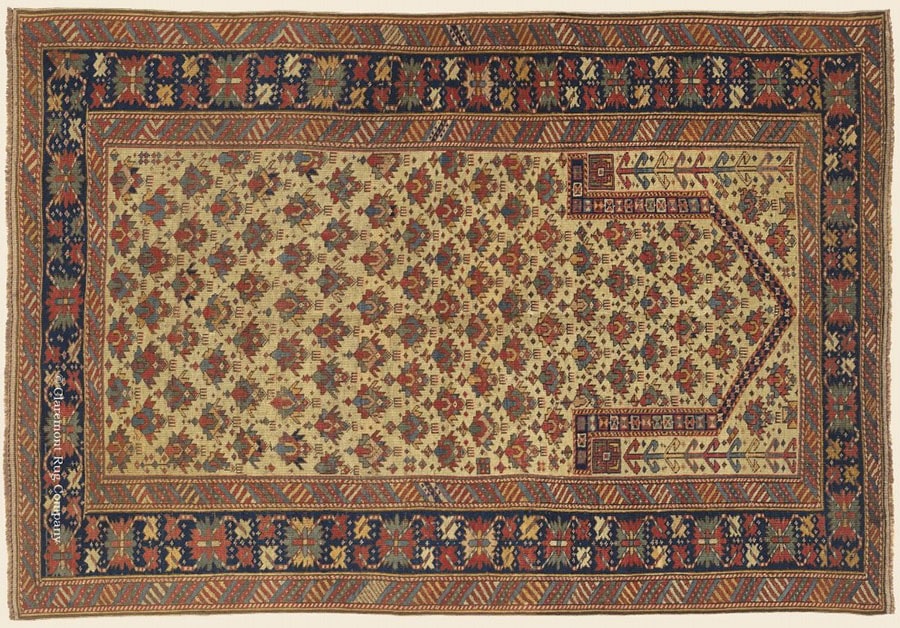 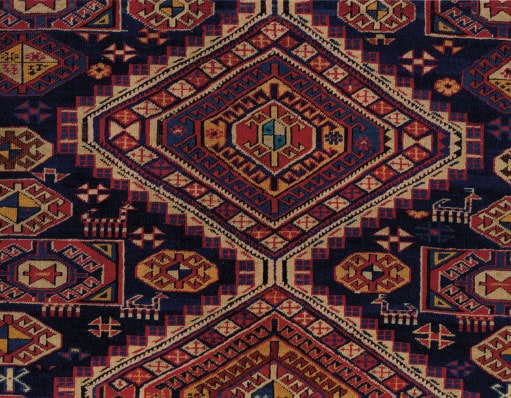 Gazelles in Caucasian Shirvan, circa 1875 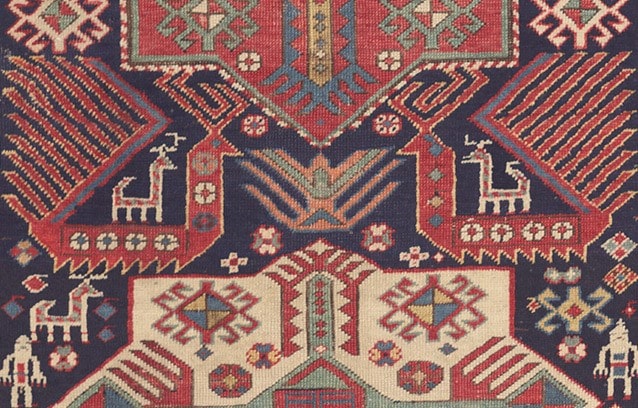 Peacocks and gazelles in Caucasian Akstafa, 1st half, 19th century 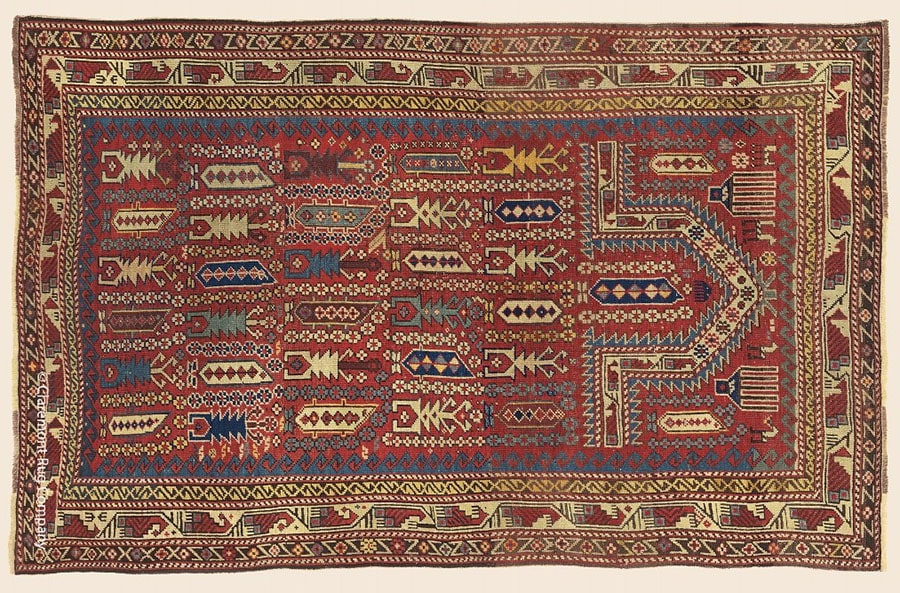 A design and motif called Akstafa could be found chiefly in Shirvan antique area rugs and runners. The motif is a stylized bird called Akstafa Peacock giving its name to pieces with such motif. 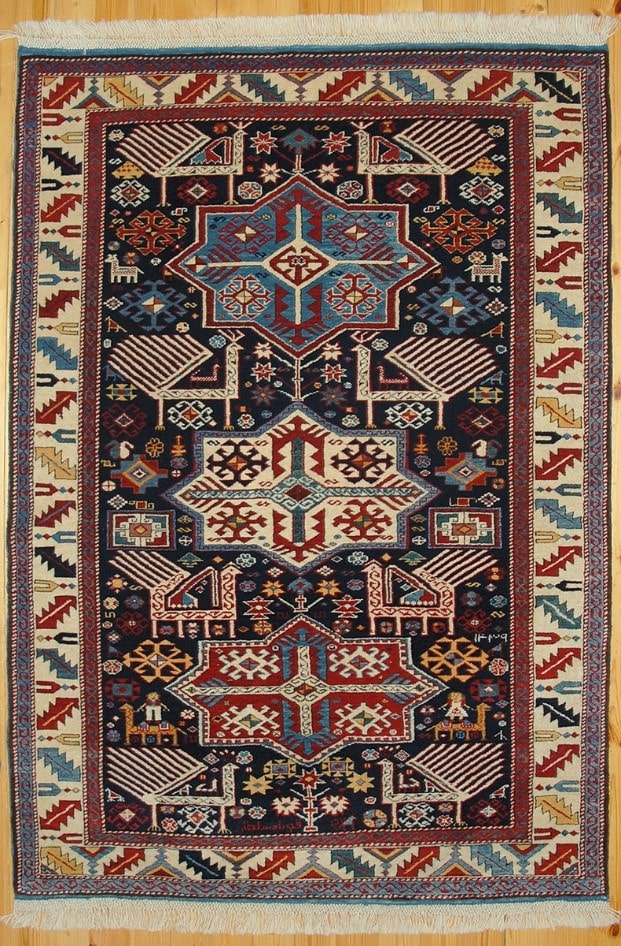 Both Afshan (scattered) and multi-medallioned composition could be found, both in geometric versions.

A type of multi-medallioned composition called Chajil made of typically three octagonal medallions with contrasting colors. 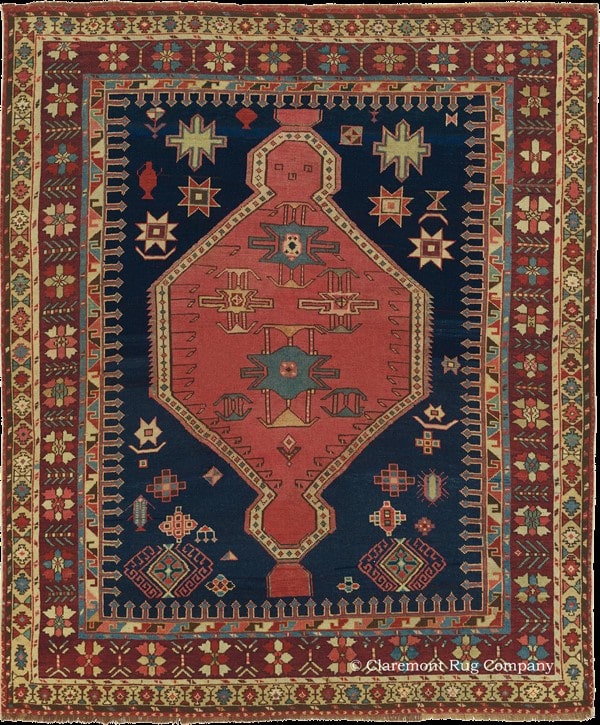 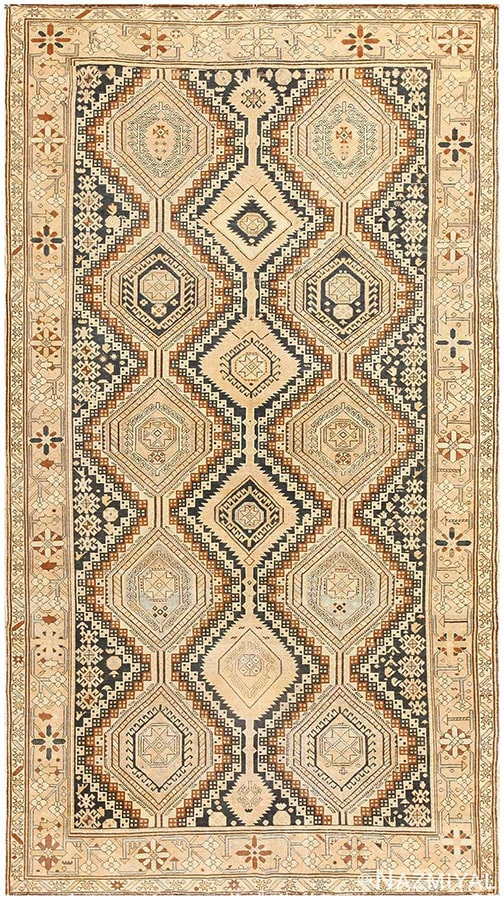 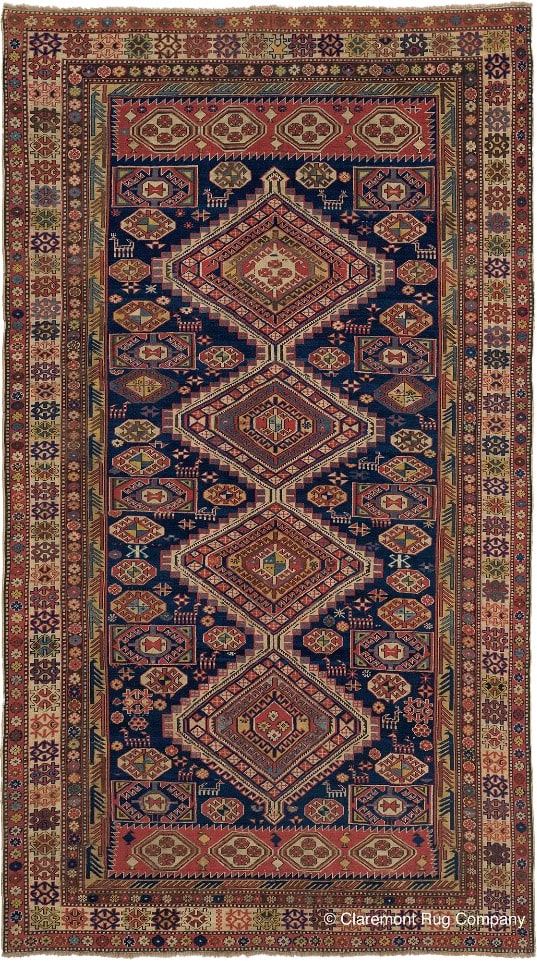 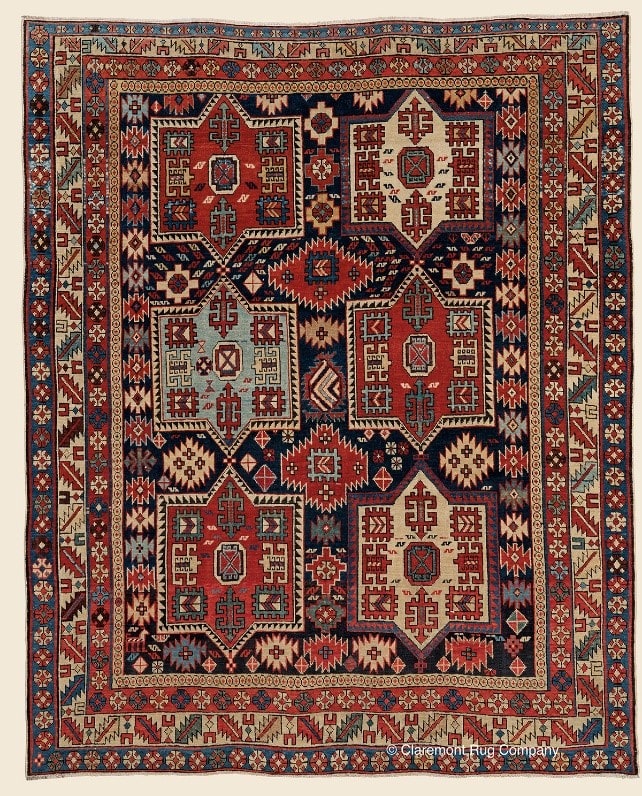 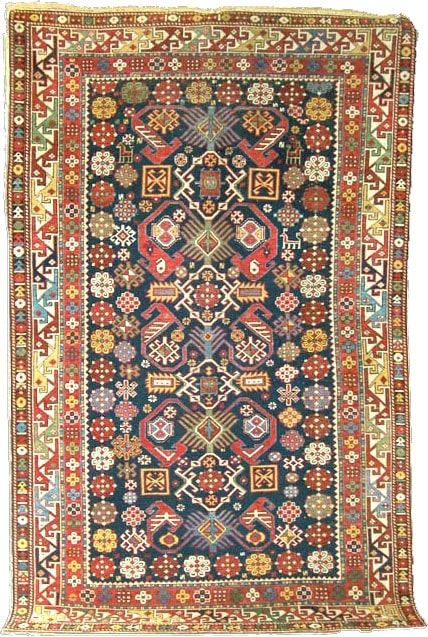 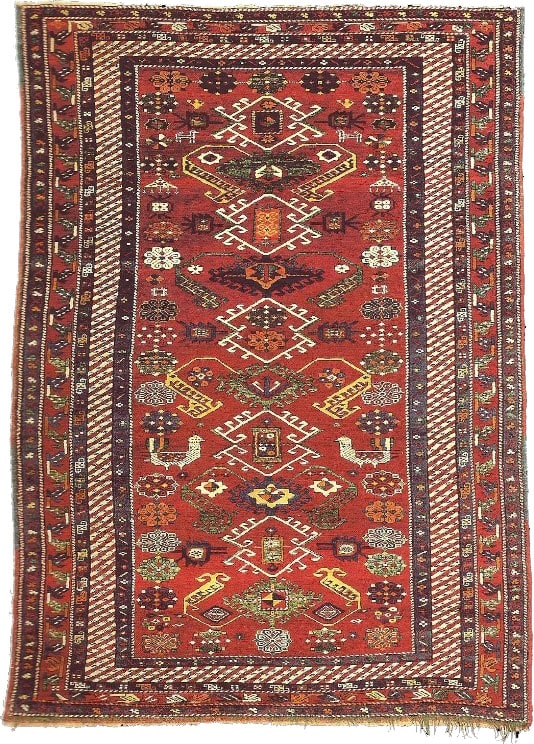 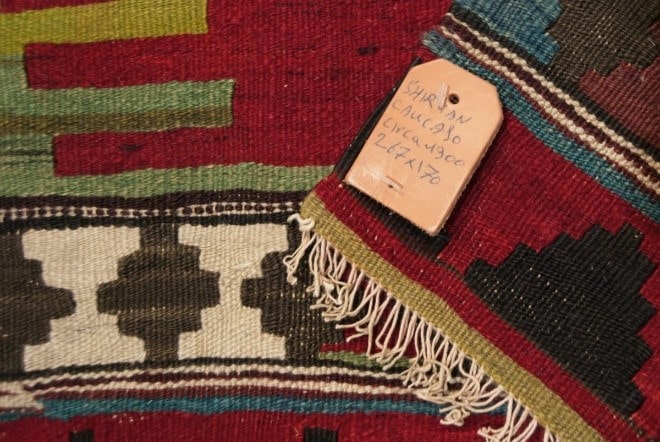 Shirvan Kilims have usually no border. Wide and narrow bands filled with geometric shapes alternate to form the design in these Kilims.